The Fitness Together® Godfather – 15 Years of Ownership 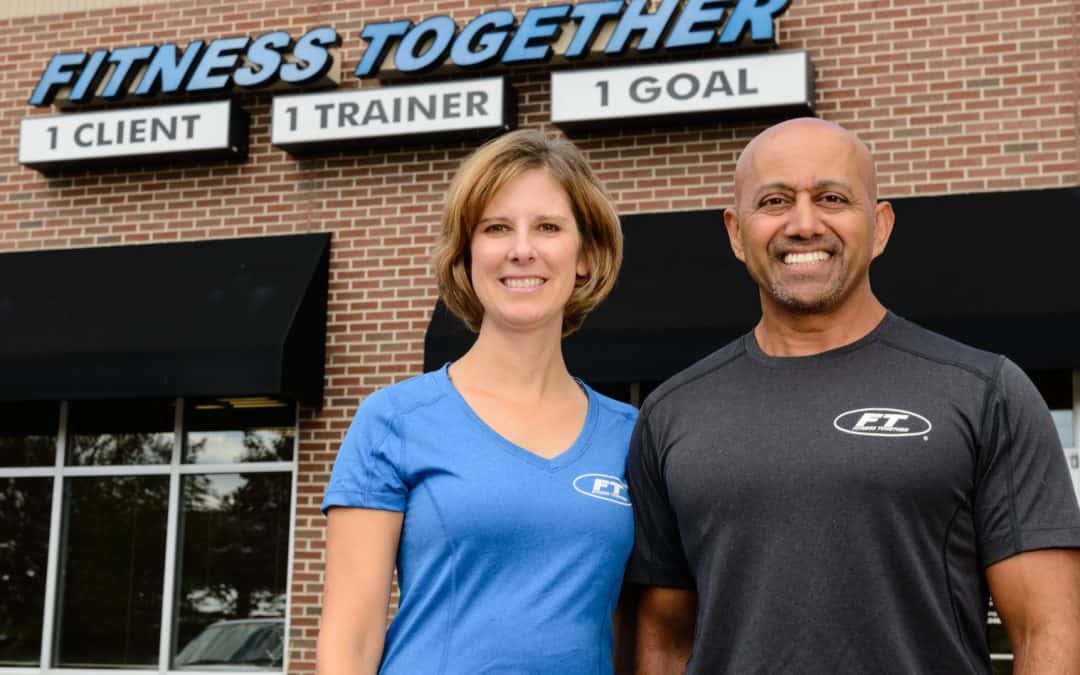 As a personal trainer and the manager of a big-box health club for nearly five years, Mehboob (Boo) Sadikot, reached a point where he wanted to

do something for himself and ultimately be his own boss. He managed the personal and group training and maintenance of the club and hit a wall with his career. Through his job at the time, Boo had a client who had gone through a horrible divorce and some equally challenging obstacles in life. Through training, motivation, diet, etc., Boo was able to help change his client’s life around. Fast forward a few months, the client won the lottery and the first thing he did, was help Boo open a Fitness Together studio.

The initial spark for Boo’s interest in Fitness Together stemmed while he was thumbing through a fitness magazine. He initially, didn’t understand how one would franchise personal training but decided to consider it and quickly saw the light. After researching the business, Boo and his wife made a trip to Colorado for Meet the Team Day and what was the first step of their future. Not without some hesitation, Boo’s wife was concerned that he didn’t know how to run a business, but was convinced when they learned of the level of support and systems provided by the franchisor.

Boo originally considered the option of opening his own studio, but felt that there was much more support through an established franchise system. He felt confident in Fitness Together’s place in the market as, at that time, people were not franchising personal training – Fitness Together was the pioneer.

Ultimately, the private suite studio model was the biggest allure for him. From his time at a big box gym, he knew that people felt intimidated to work out in an open environment and privacy was the key; it created an environment with no distractions to reaching their goals. Taking the plunge, Boo opened his first studio, with the help of his gracious client, in 2002 in West Bloomfield, MI and then opened his second studio in Novi, MI in 2005.

Being a Fitness Together owner has created an entirely different lifestyle for Boo. Ownership has afforded him a lot of flexibility and more quality time with his family.

Boo currently has six trainers in place while he runs the day-to-day operations, marketing initiatives, as well as conducts most of the consultations. Boo admits that initially, he spent a lot more time in the studio getting systems in place and training clients. About 10 years ago, he took his trainer hat off and moved fully into business oversight. This transition has afforded him the opportunity to take a step back and shift more of his time to his family and loved ones.

Moving Forward in the Fitness Industry

There were some turbulent times during the recession in Detroit, but he came out on top by focusing on his customer experience, developing exceptional relationships and giving clients excellent results.

Fifteen years in and Boo is still going strong, with 2016 being his best year yet, and plans to keep pushing forward full steam ahead. He recommends to candidates researching both Fitness Together and other fitness business opportunities to not let fear of failure overcome you. Backed by the support of the franchisor with systems in place and marketing support, he assures franchise owners that they won’t be alone.